Thriving vs. Struggling CRE Asset Classes: Where to Invest Next?

As the Federal Reserve continues to raise interest rates, investors across the commercial real estate sector are anxious to rework their investment strategies to withstand the challenges of an uncertain future. The higher cost of capital is slowing down real estate investments across all sectors. However, some types of assets will continue to be a safe bet for investors. In the article below, we examine the major commercial property types and how each will likely perform in the coming quarters based on key indicators, such as rent growth or occupancy dynamics. 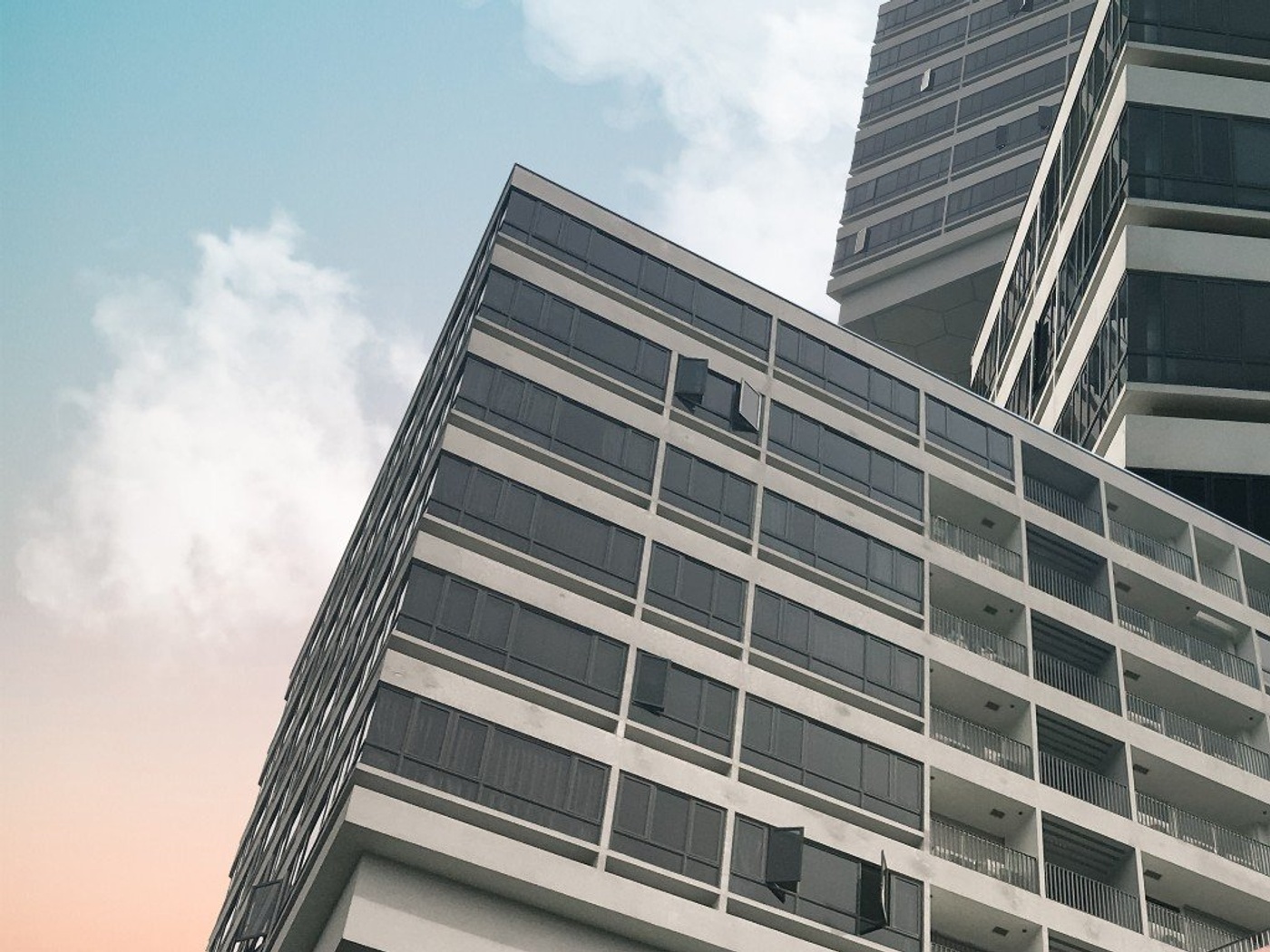 Image by Victor from Unsplash.

Although it’s not without its ups and downs, the multifamily sector has long been regarded as one of the safest investment options in times of uncertainty. The persistent housing shortage and the rapidly rising cost of owning a home are driving healthy property fundamentals, making multifamily the desired investment option.

While multifamily is projected to outperform most property types, the effects of higher interest rates are creating some headwinds across the country. Freddie Mac®’s Multifamily Apartment Investment Market Index showed that finding attractive investment opportunities this year may be more difficult than it was in 2021, with the index decreasing 17.9% on an annual basis.

Additionally, rent rates continued to decelerate in September, falling 150 basis points to a gain of 9.4% year-over-year, according to Yardi Matrix research. This comes after the average U.S. asking rent dropped $1 to $1,718 in August, and growth slowed by 170 basis points on an annual basis, falling to 10.9%. Despite flattening rent growth, national asking rents are still at record highs, and occupancy rates have been hovering around 96% since June 2021, Yardi Matrix concluded.

Image by Petr Magera from Unsplash.

Due to solid e-commerce and retail sales — coupled with supply chain bottlenecks — the U.S. industrial market has been booming since the onset of the health crisis, making it one of the most attractive asset classes across the commercial real estate sector.

Although there’s been some slowdown in the e-commerce market, key performance indicators remained strong in the industrial sector as a whole. National in-place rents averaged $6.64 per foot in August, up 5.5% over the last 12 months, Yardi Matrix reported.

Moreover, as of August, the national vacancy rate stood at 4.1%, down 30 basis points over the previous month. At the same time, the construction pipeline continued to expand, with a total of 703.5 million square feet of industrial space underway nationwide, accounting for 4% of total stock.

Despite steady property fundamentals, industrial property values have slightly dropped over the first eight months of the year; however, this is not surprising given the increasing cost of capital. Industrial sales amounted to $57.6 billion during the first eight months of 2022, with the average price per square foot sitting at $131, down 4.3% over the previous quarter, Yardi Matrix highlighted. However, as sellers and buyers adjust to the new economic conditions, deals will continue to materialize in the coming months. 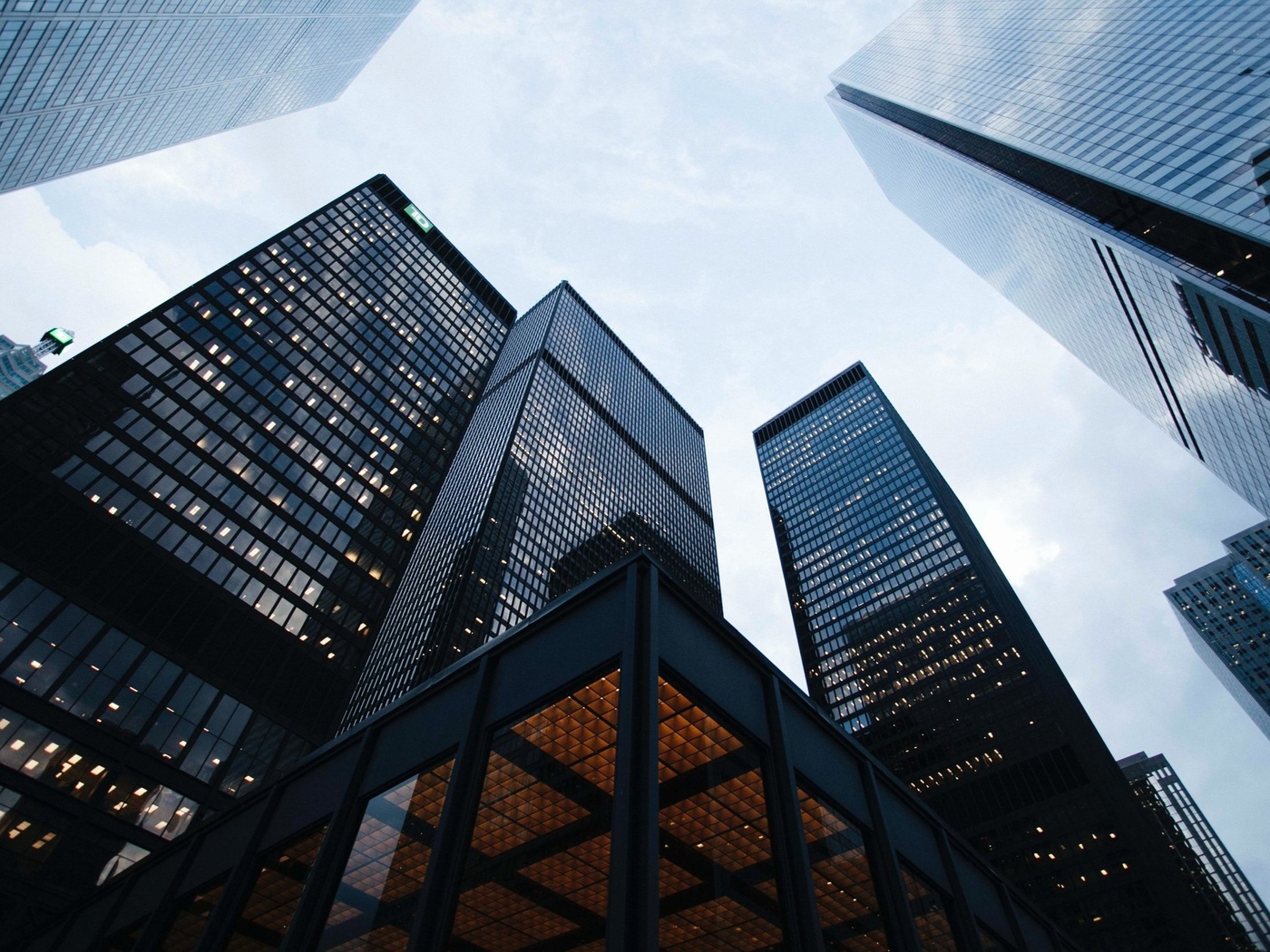 Photo by Sean Pollock from Unsplash.

The office sector took a major hit from pandemic-driven work-from-home policies, and while some employees have returned to their traditional workspaces, many have embraced the remote work lifestyle, leaving countless offices empty. As a result, several companies have reduced their office space, renegotiated rents, or relocated to higher-quality buildings to make their workplaces more desirable to employees.

Office vacancy skyrocketed during the height of the health crisis, and recovery has been slow ever since. Vacancy climbed 122 basis points over the last year, coming in at 17.4% in the second quarter of the year. At the same time, the nation recorded 12.8 million square feet of negative net absorption, a significant contraction after a period of more positive performance, according to Newmark research.

Although the office sector enjoyed some recovery, market fundamentals continued to soften in the second quarter due to wider economic issues. With the remote work culture is here to stay, companies continue to adjust space requirements, and the flight-to-quality phenomenon will remain the number one driver for space. According to Newmark, a shrinking construction pipeline might help mitigate vacancy issues; however, supply will most likely outpace demand in the coming year in most major markets. 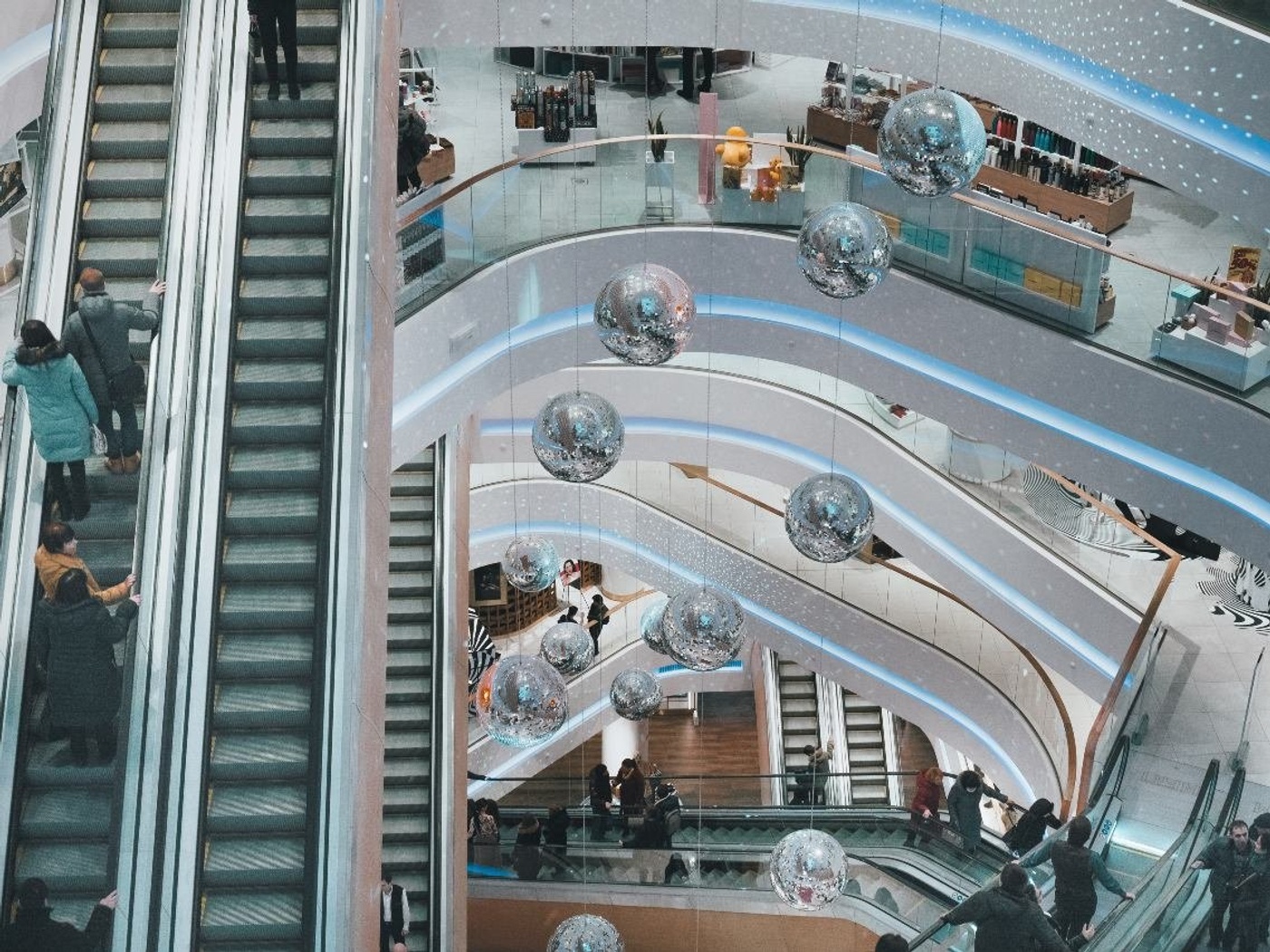 Image by Viktor Bystrov from Unsplash.

Although retail has been the black sheep of the real estate industry for several years — even before COVID-19 — post-pandemic consumer preferences are reviving stores and malls. The reason behind this revival is simple: People want more in-person shopping experiences after being restricted to their homes for the past couple of years.

Even after adjusting for inflation, core retail sales increased by around 19% compared to pre-pandemic times, thanks to high job growth and easing gas prices across the country, according to Marcus & Millichap. While the recent spike in oil prices following the Russian invasion of Ukraine may undo some of these gains, the fact is that in-person shopping is alive and kicking.

With shifting consumer preferences, foot traffic also increased at most store types reaching or even surpassing pre-pandemic levels. As we head into the holiday season, in-store purchases will likely remain high, helping the sector maintain momentum in the fourth quarter of the year.

Despite the favorable outlook, fears of a looming recession could slow down consumer spending again in the near future. Therefore, retail investors must remain cautious until the uncertainty dissipates. 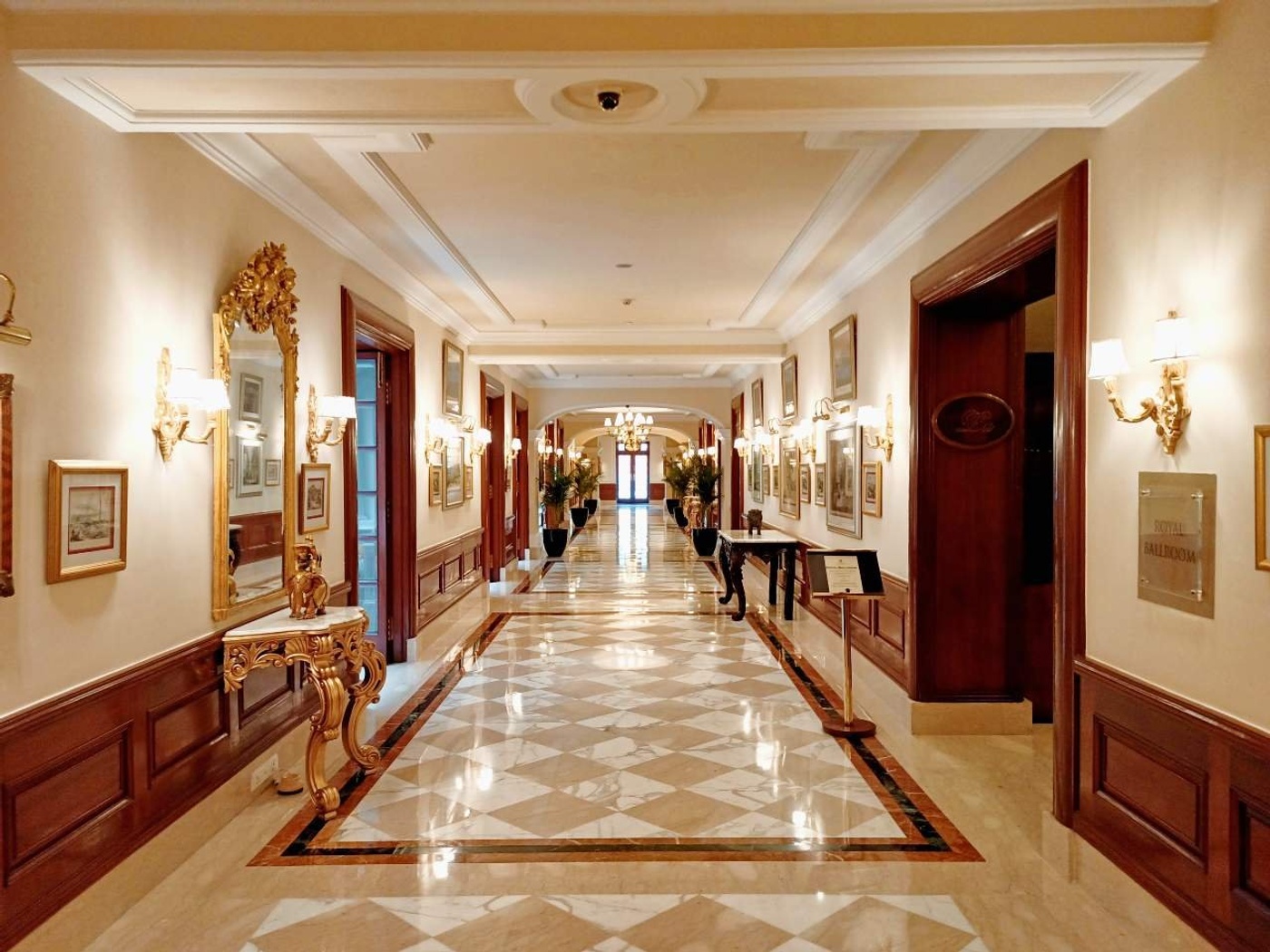 Image by Barun Ghosh from Unsplash.

Due to lockdowns and travel restrictions across the globe, the demand for hotel guestrooms evaporated at the beginning of the COVID-19 crisis. And even after restrictions eased, hoteliers and designers had to work hard to restore trust in a world where travelers are more aware of germs and the path of infectious transmissions. Some hotels never made it to the path to recovery and instead became conversion material for multifamily developers.

However, nearly two years later, as people rediscovered the freedom to travel, and with corporate events and conferences happening face-to-face, the hotel industry has recorded some decent gains in recent quarters.

In fact, in the second quarter, the U.S. hotel industry’s performance was stronger than expected, despite a drop in GDP and the highest inflation recorded in more than 40 years, according to CBRE. Demand for hotels increased by 10.7% in the second quarter, occupancy was up 9.9%, revenue per available room (RevPAR) surged 38%, while the average daily rate (ADR) increased by 25.5%.

Despite the notable gains, labor shortages in the sector and a possible recession early next year will likely slow growth in the industry. However, thanks to continued improvement in business travel, as well as inbound international travel, well-placed hotel properties should stay on the path to recovery.