A Close-Up on the Top 5 Markets for Industrial Investments

Industrial real estate has been the rock star of the commercial real estate realm for several years, and the pandemic served as rocket fuel for the sector, driving it where many had anticipated it would go — just in half the time. With the unparalleled rise of e-commerce and the ever-greater role logistics providers play in our lives, demand for modern industrial space has hit an all-time, sustained high.

And it’s likely to soar even higher. A second-quarter report from JLL highlighted that while logistics, distribution, and third-party logistics leasing activity continue to fire on all cylinders, manufacturing is also seeing a resurgence. This is largely driven by the increase in demand for electric vehicles. At the end of June, there was 77.2 million square feet of manufacturing space underway nationwide, with a staggering 58% directly related to electric vehicle parts or assembly operations.

We’ve compiled a list, identifying the top five markets for industrial investment across the U.S. Our ranking blended data from JLL with Yardi Matrix’s most recent national industrial report to produce a comprehensive list of high-performance markets from coast to coast.

Check out our list and analysis of each market below. Looking at acquiring or refinancing an asset here — or anywhere? Get a free quote by clicking the button in the menu above. 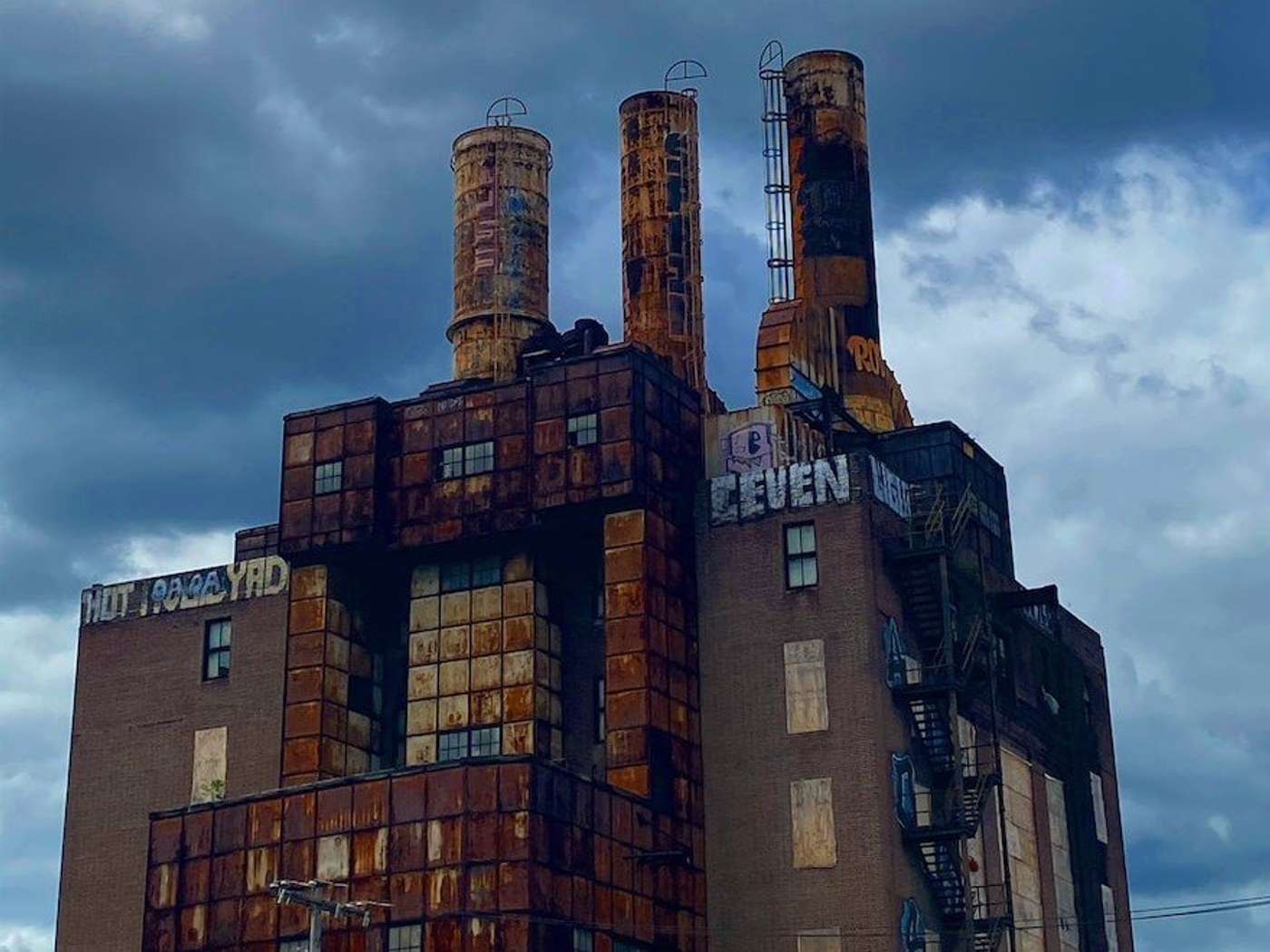 Image by Chris Santilli from Unsplash.

The Philadelphia metro area — and, to a large extent, all of eastern and central Pennsylvania — is hitting it big. Approximately $1.6 billion in industrial deals closed year-to-date through July at an average of $117 per square foot, according to Yardi Matrix’s August report. That’s roughly in line with the volume of the Bay Area at a price point a bit shy of the national average of $130 per square foot.

What’s driving investment? For one thing, demand for space in the region is staggering, with JLL reporting the market’s vacancy rate fell to 2.0% at the end of the second quarter, the lowest level in history. As a result, rents have surged 24% year-over-year, ending the quarter at nearly $8 per square foot. 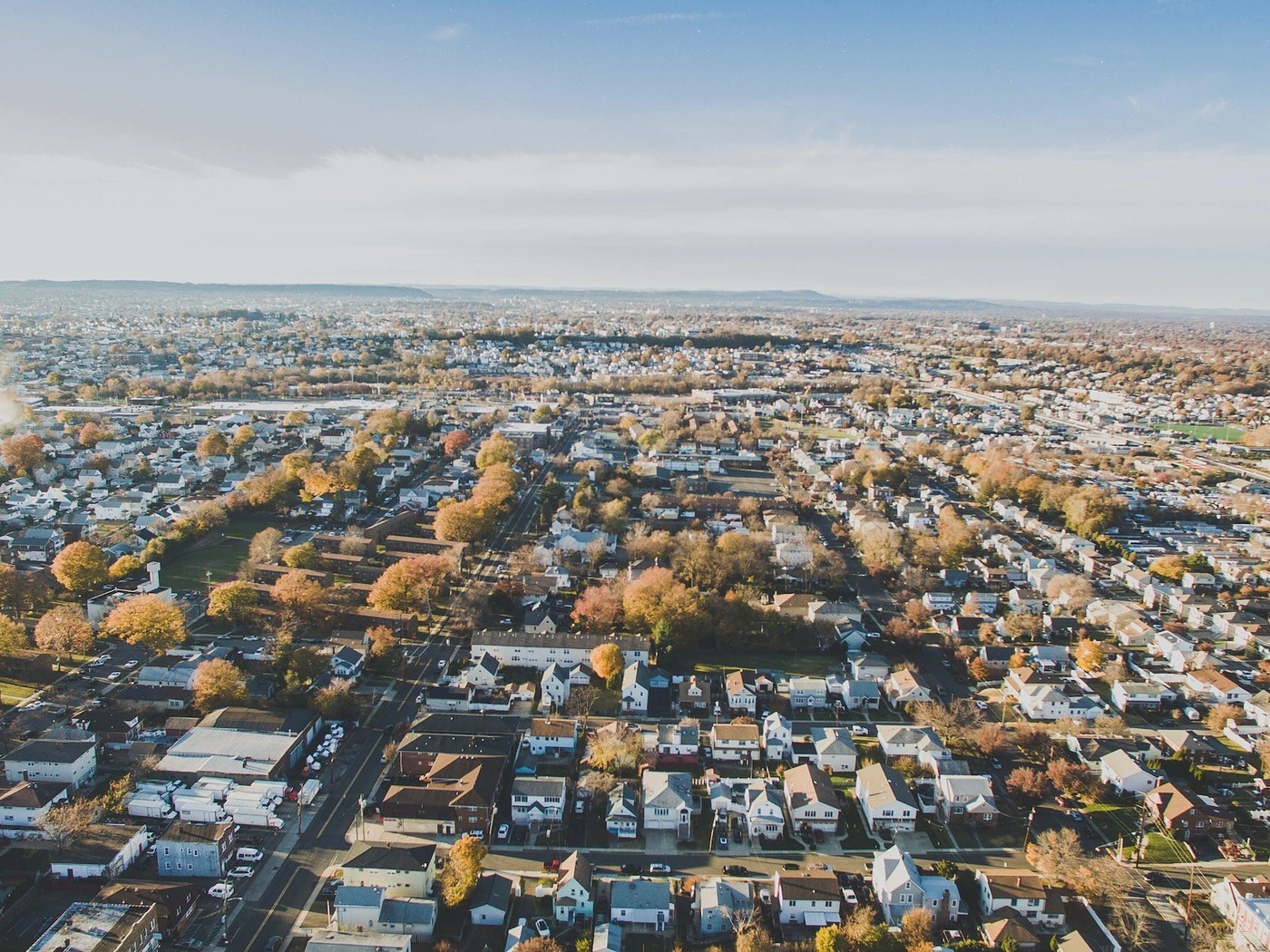 Image by Matt Donders from Unsplash.

Just a stone’s throw from Philly, the New Jersey market has long been one of the nation’s top-performing industrial markets. The market offers unparalleled convenience to New York City, and logistics and e-commerce have long maintained a strong presence here. Unsurprisingly, vacancy is even tighter here than in Philadelphia, clocking in at 1.1% at the end of the second quarter according to JLL. That’s even despite asking rents of $14.30 per square foot, or 80% pricier than in Philly.

For all of New Jersey’s strong industrial market fundamentals, one big deterrent to investment is the cost of acquisitions. Industrial asset pricing averaged $169 per square foot through July, Yardi Matrix reported. Though this pricing — especially for large, Class A properties — may place most buildings out of reach for most investors, the long-term strength of well-placed distribution centers within the market should enable would-be investors to secure financing to jump into the market, especially for experienced owners and operators. 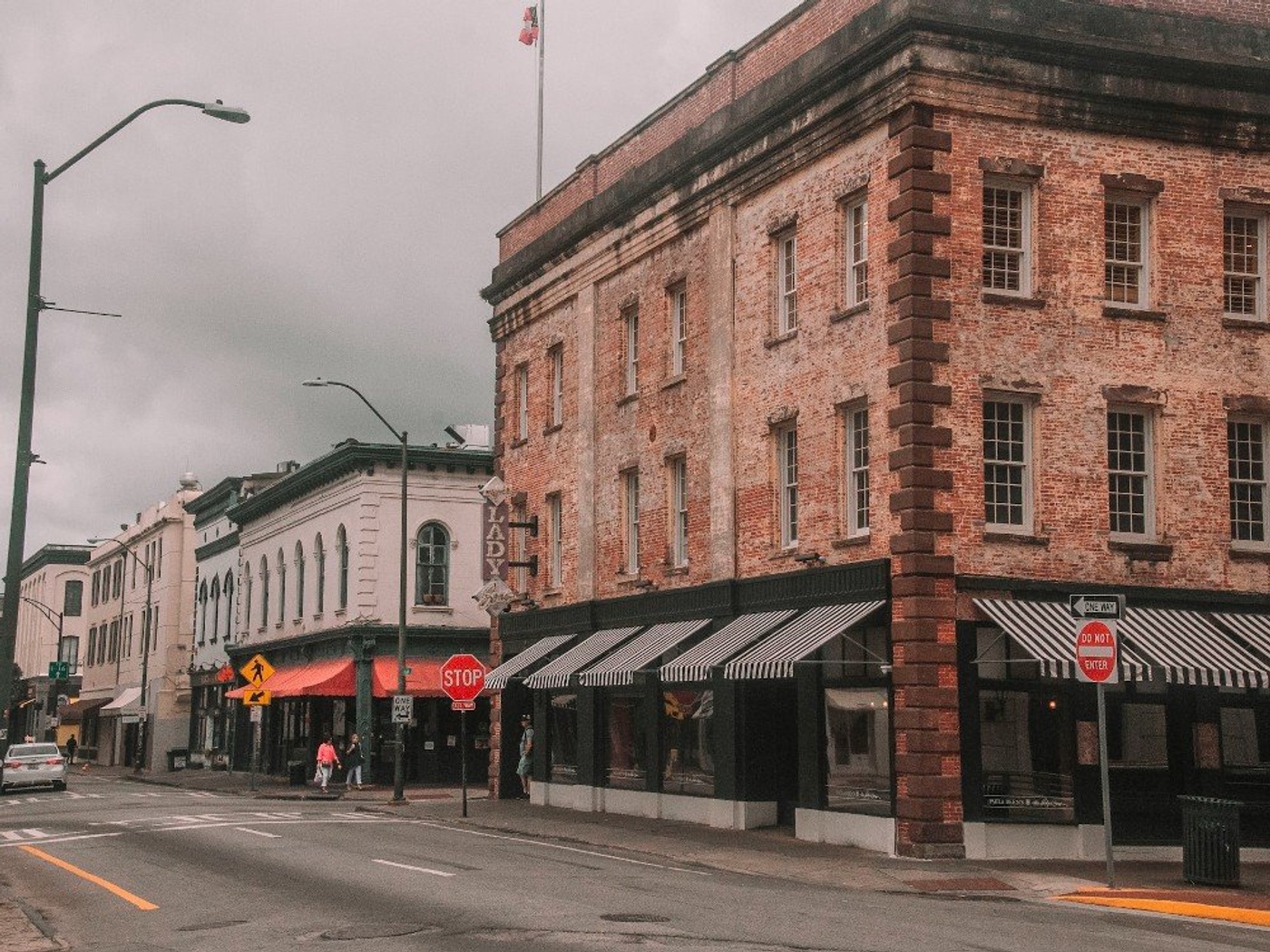 The smallest industrial market on our list, Savannah, Ga., comes in third place. Despite its relatively small size, this may be the next place to invest. JLL’s second-quarter report highlights some of the reasons why. For one thing, the market’s total vacancy fell nearly 5% in the past year to a shocking 0.1% — the lowest among all U.S. markets. This has understandably pushed rents through the roof, and the report indicates rent growth exceeded 20% year-over-year.

Why has this happened? One of the primary drivers of industrial activity in Savannah is the rapid growth of port traffic at the newly expanded Garden City Terminal. A second phase is already underway, well positioned to continue taking advantage of the overhaul of the Panama Canal and the resulting boost in cargo volume. Leasing activity has hit a rapid pace, with many speculative buildings landing major tenants prior to completion, Colliers reported.

One key advantage for potential investors in Savannah is the notably lower costs of acquiring industrial real estate — around $100 per square foot, looking at recently closed deals. While prices are naturally rising, a shortage of available square footage coming to market this year means that the demand dynamic will continue to push asking rates and property values even higher. 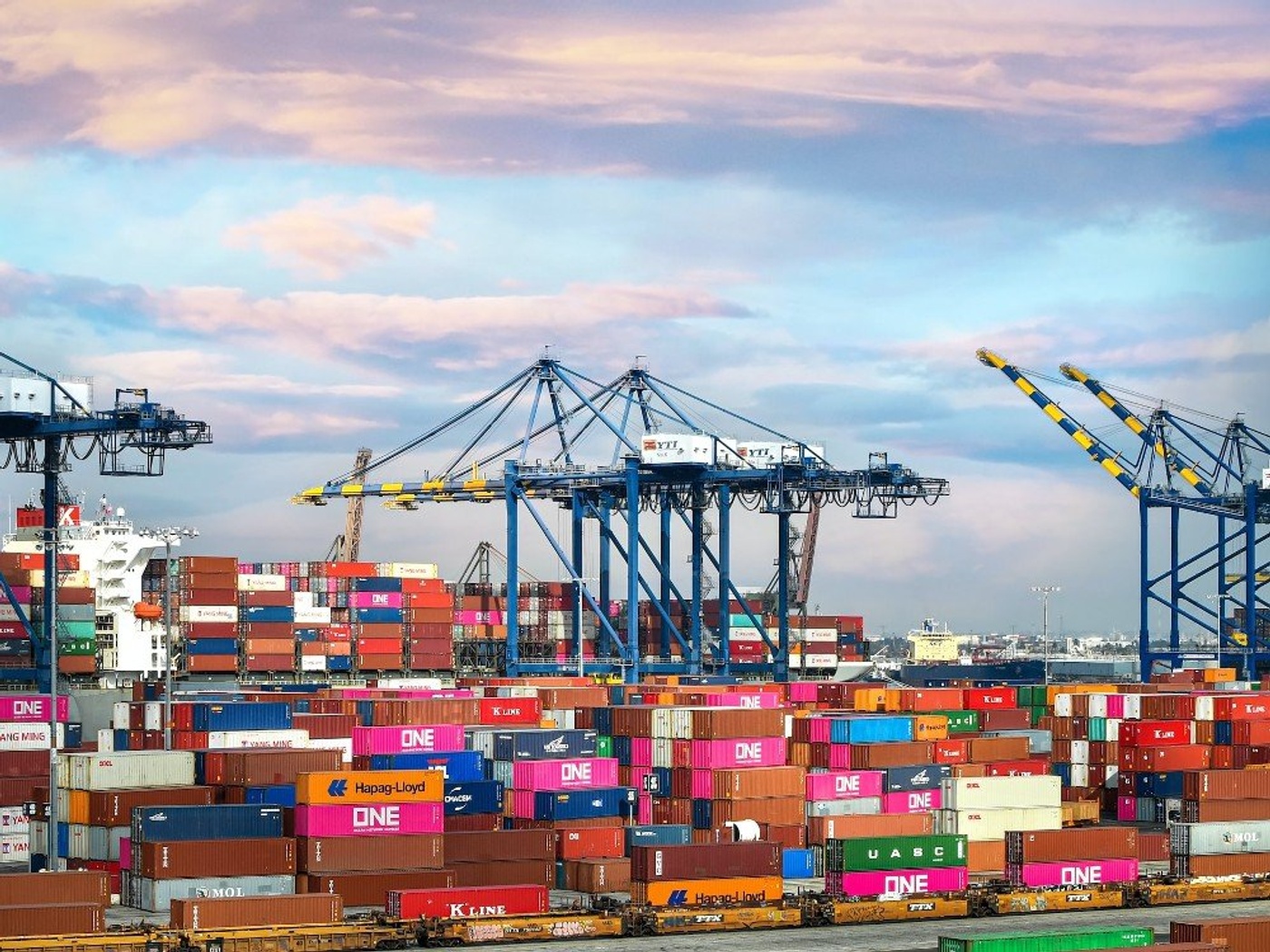 Port of Los Angeles. Image by Barrett Ward from Unsplash.

It wouldn’t be an article about top industrial markets without a couple of entries from Southern California on the list. Los Angeles, benefiting from heavy increases in already-high port traffic activity, is a key market for industrial investment. Yardi Matrix reported the metro has had $3.3 billion in closed sales activity since the start of the year across 138 transactions. Pricing averaged $291 per square foot — that’s higher than any market except Orange County and the Inland Empire — but there are some indications that pricing growth is decelerating.

One of the critical dynamics to understand about the Los Angeles market is the lack of available space. Yes, vacancy was incredibly low in the second quarter at 0.7%, but this goes beyond that. Los Angeles simply does not have enough land to support the crazy, sweeping amounts of development activity seen in other markets like Phoenix, Dallas-Fort Worth, or Atlanta. While this is in some ways ameliorated by the nearby Inland Empire market, it adds a significant premium — both in terms of rent and acquisition costs — on any building near the metro’s ports. 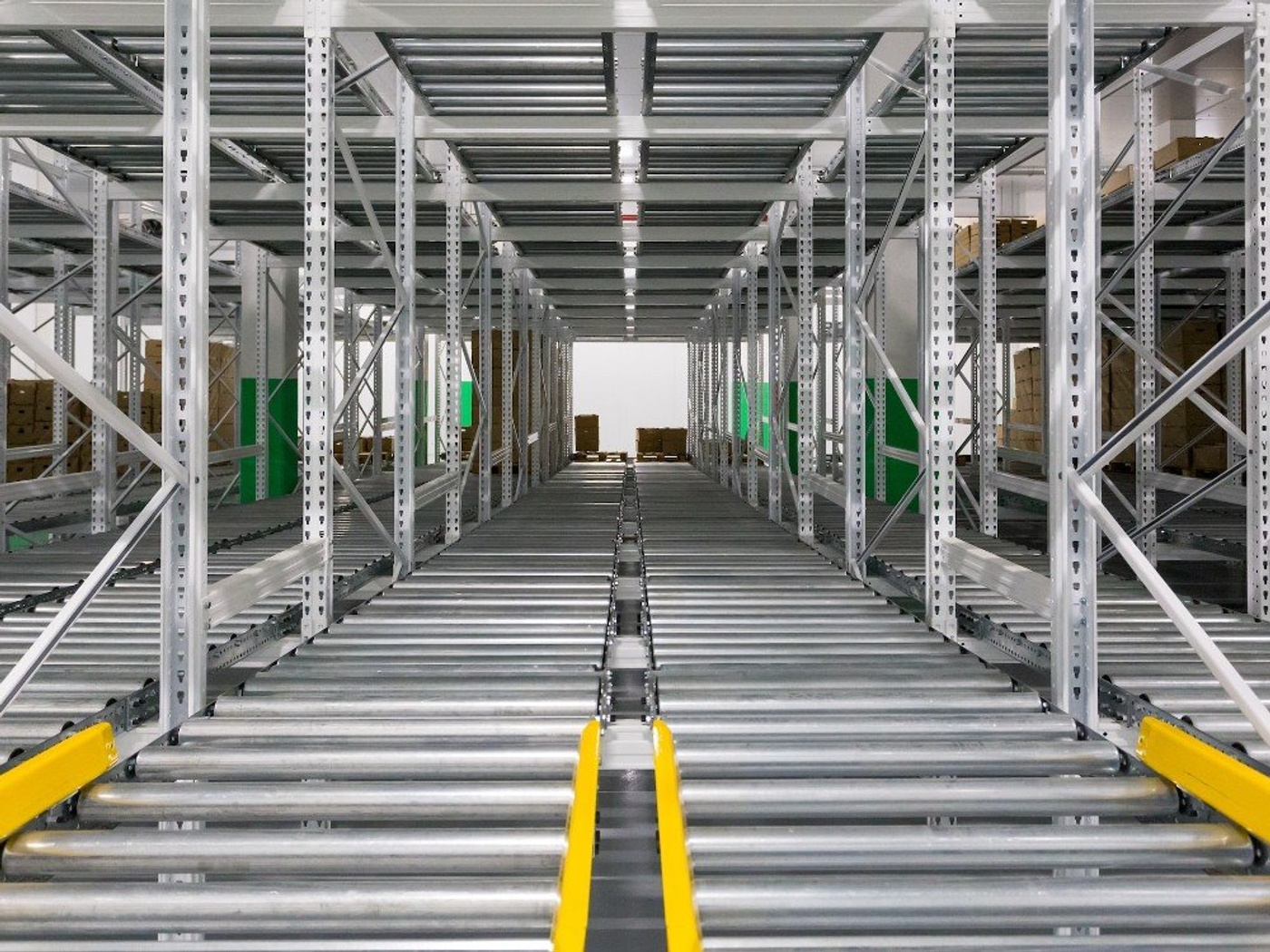 Image by Petr Magera from Unsplash.

The Inland Empire industrial market’s strong performance is well known and a frequent topic of discussion among investors. What effectively is a spillover market for Los Angeles has in many ways surpassed the City of Angels. Take investment volume, for example. While the Inland Empire’s $2.9 billion in closed deals has yet to overtake Los Angeles, it’s not far off. And looking at pricing, it’s blown past: Transactions averaged $336 per square foot through July, the Yardi Matrix report showed, the second highest among U.S. markets, beating out Los Angeles by an incredible 15%. And rents are growing faster, up 8.7% over the year compared to 7.0% in L.A.

While there are some signs that some tenants are opting for markets even further inland — think Phoenix or Las Vegas — this has yet to significantly move the needle in terms of industrial fundamentals, and it likely never will. Consider the 0.4% vacancy rate at the end of the second quarter. True, it’s not as tight a vacancy rate as in Savannah, but the Inland Empire’s inventory is several orders of magnitude greater. The market’s location is key, providing direct access to the 25 million people living in Southern California, as well as to major population centers in Arizona and Nevada.